One Accord DJ Alliance

Travis Tyler, better known by his stage name Thi’sl (thizil), emerged on the Hip Hop scene as an independent artist back in 2009 with his debut album Chronicles of an X-Hustler. The album, an audio biographical look into his drug-filled and criminal past, debuted at No.4 on the iTunes Hip Hop charts and has independently sold over 10,000 copies. The music video for his single “I Hate You,” off his first national album, also reached viral success landing on the front page of Yahoo! Music and attracting thousands of viewers on Red Bull Music, WSHH, The Smoking Section, and All Hip Hop.

In 2011, Thi’sl’s success continued as his sophomore album Beautiful Monster claimed No.4 once again on iTunes and sold over 15,000 copies. He also landed an opening spot on the highly acclaimed 32-city Unashamed Tour, captivating sell-out crowds at the Palladium in Los Angeles and The Fillmore in Miami with his gritty lyrics and commanding presence. His follow-up album, Free from the Trap, debuted at No.11 on the Billboard Rap charts and produced “Motivation,” which went viral after being featured on MTV.com and several major sites along with receiving radio-play on Hot 104.1 in St. Louis—making it his biggest single to date. 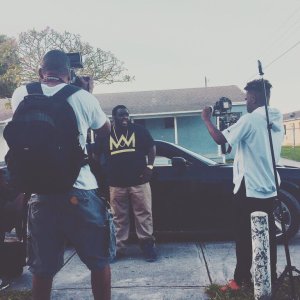 Thi’sl’s success as an independent artist continues to grow with media appearances via Hip Hop Weekly’s Indie Grind Spotlight; performances at SXSW, The Core DJs Retreat, and Marlins Park; his feature on “Fakin” with GRAMMY-award winning artist Lecrae (whose album also brought Thi’sl GRAMMY recognition for engineering); and album sales totaling over 50,000 units. His latest LP Fallen King was his best-selling album with first week sales doubling that of its predecessors. Garnering the No.4 position on the Billboard Gospel Chart, the No.11 position on the Billboard Rap Chart and the No.115 position on the Billboard 200 Chart, made Fallen King Thi’sl’s most impressive charting album.

Yet, not too far removed from his stomping grounds, every year Thi’sl holds the Full Ride Back To School Block Party to give back to the children and residents of his former neighborhood. As turmoil surfaced in Ferguson, Thi’sl could be found on the front lines encouraging residents to protest peacefully and was sought-out for his thought-provoking commentary in local and national news. Giving a voice to the area’s young adults, Thi’sl organized an open forum where more than 400 attendees shared their grievances surrounding Michael Brown’s death, voters were registered, and he gave insight on how to move forward as a community. After learning about vandalism to a Ferguson school during protests, Thi’sl partnered with PGA Golfer Bubba Watson to provide $25,000 to repair damages and to further educational opportunities of students within Griffith Elementary.